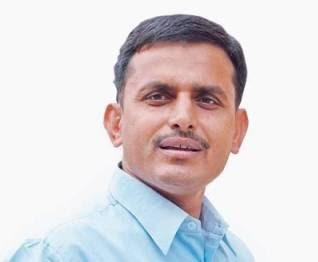 Maniram Sharma was 100 per cent hearing impaired when he first appeared for the Union Public Service Commission (UPSC) exams in 1995 at the age of 20. He failed to get past the preliminary stage.


Thereafter he cleared the highly competitive exams three times in the space of five years but his efforts didn't earn due recognition. But all that changed when his battle for acceptance in the civil service was finally heard recently.

He says, "I cleared the civil service exam in 2005 but the UPSC sent me back without allotting any service [posting] as I was deaf. This, despite the fact that there is a mandatory quota for disabled candidates and [that] they are eligible to appear for the examinations.

"I appeared for the exams again in 2006 and went through the same ordeal. I was told that only the partially deaf were eligible. But I saw a silver lining; during the course of the medical tests mandatory before joining the civil services, for the first time, I was told that my deafness might be curable. And [that] it required a cochlear implant."

Sharma, a resident of Badangarhi, a remote village without even a school in Alwar district in Rajasthan state, was born to Kishori Lal and Ram Dei, both illiterate farm labourers.

There was no way the family could arrange for the 750,000 rupees (Dh58,664) required for his treatment. But his saviour came in the form of Supreme Court lawyer Arun Jaitley, now leader of the Opposition in the upper house of parliament, who collected 550,000 rupees from various organisations. Sharma managed to borrow the balance amount from various other sources.

The ear surgery was done at Delhi's Ram Manohar Lohia Hospital in mid–2007 and Sharma can now hear partially.

He said, "I had begun losing my hearing at the age of five and became totally deaf by nine. But to hear sounds again suddenly after 25 years was not a very pleasant experience. I put up with severe headaches and suffered from nausea. Many a times I felt like removing the implant to escape the noise that would fill my head."

People undergoing such implants are required to undergo specialised speech therapy to help them distinguish sounds from noise.

Sharma couldn't afford the additional cost of the therapy, which came to 100,000 rupees, but his family helped him get through that period and make sense of what he heard. Gone was the time when a conversation with him involved writing down the questions. He was soon able to even use the phone. Some authorities, however, continued to make much of Sharma's level of disability after the surgery.

"I was told they had no such guidelines or instruments that could calculate the disability percentage of a deaf person after surgery. According to them, one could be 100 per cent normal with a cochlear implant, meaning no longer fell in the hearing impaired category! And the rule says that to qualify in the deaf category one has to be 40 per cent to 70 per cent deaf," he recalls.

Around this time, following the intervention of Prime Minister Manmohan Singh, Sharma was allotted a job with Indian Post and Telecom Account and Finance Service (IPTAFS) but it was in no way like joining the Indian Administrative Service (IAS).

Not one to give up easily, Sharma sat for the UPSC examinations yet again in 2008 and cleared it with the highest marks among the hearing impaired candidates.

Familiar questions were raised about his level of disability but he was finally recognised as an IAS officer and was recently posted in the Ministry of Communications and Industry's Department of Telecom as an assistant controller of communication account looking after provident fund matters related to employees of the Mahanagar Telephone Nigam Limited and Bharat Sanchar Nigam Limited. The hearing problem runs in the family, Sharma admits. "More than 20 persons in our family have hearing disability. My maternal grandmother was the first person who was deaf. This was passed on to my mother and maternal uncle. Both my sisters are deaf and now my children are also acquiring this problem. My eight–year–old son, a bright student, uses a hearing aid. But when he becomes totally deaf, I will make him undergo the cochlear implant surgery. At least now I know the remedy. And when I look back now at all the hardships faced, I see a sense of purpose in it."

As a child, Maniram Sharma trudged to a school a full five kilometres from his home.

Became a lecturer at a government college in Deoli, in the Tonk district of Rajasthan – 1997–98.

Did his Ph.D in Political Science and also taught MPhil and MA students at Rajasthan University.

Got through the Rajasthan Administrative Service and set his sights on making it into the civil services.

His aim is to have his other family members cured of their hearing difficulties so that their education is not hampered.