SONIA GANDHI CARES FOR THE DIFFERENTLYABLED 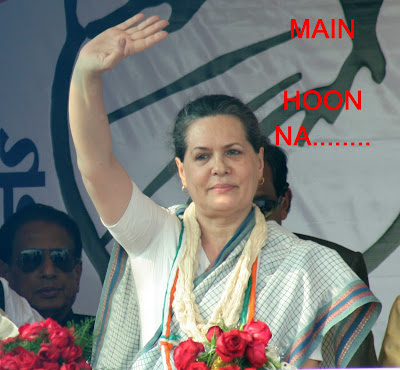 TIMES NEWS NETWORK
DATED O5.08.2009
New Delhi: India on Tuesday joined a select global club with the passage of the Right to
Free and Compulsory Education Bill, setting in motion an ambitious, if much delayed,
scheme of providing education to every child in the age bracket of 6-14 .
The law is unique because while providing compulsory education, it would not fail any
student till Class VIII while enjoining upon all government and private schools to provide
25% quota to disadvantaged children. The law provides for building neighbourhood
schools in three years whose definition and location will be decided by states.
The legislation, which has already been passed by the Rajya Sabha, will soon be enacted
after getting the assent from President Pratibha Patil.
In an indication of the importance that Congress attaches to the law, party chief Sonia
Gandhi sat through its passage on Tuesday while observers speculated if she would
speak. In the event, she chose not to. But her presence was expected to help Congress
efforts to put its stamp on the seminal law.

Sonias was no token presence , however. She was attentive and even
prodded HRD minister Kapil Sibal to switch from disabled persons to the
politically correct differently abled .
Replying to the discussion on the landmark legislation, Sibal clarified doubts on the
rights of disabled persons, raised by some groups. He said disabled persons were part of
the category of disadvantaged sections who would get reservation. He added that the
Disability Act, which was part of RTE, was being amended to include cerebral palsy and
autism, and the amendment would automatically bring within the laws ambit children
with these disabilities.
A lingering doubt, however , remains on the Bill not exempting minority institutions from
reservation. MIM MP Asaduddin Owaisi warned it could be challenged in court as
violative of the Constitution.
Sibal, however, said minority institutions could give quota to disadvantaged sections
among the minorities.
Crucially, the Bill aims to do away with the practice of schools taking capitation fees
before admission and subjecting children or parents to any screening procedure.
The RTE would empower the seven-year-old 86th Constitutional amendment that made
free and compulsory education a fundamental right. The RTE Bill sets down guidelines
for states and the Centre to enforce this right.
RIGHTS REVIEW
25% reservation for disadvantaged groups in neighbourhood schools No child would be
failed till Class VIII No capitation fees, no screening of parents for admission No private
tuition by teachers School management committee to have 50% woman members