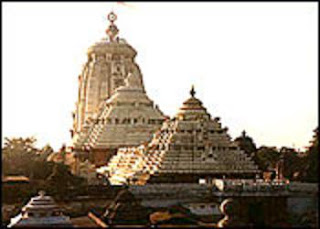 
BHUBANESWAR, Chinu, an autistic 10-year-old boy may not have the gift of speech but is wise beyond his years. He wrote a letter saying: “Is it fair that people without moral values and conscience can enter Puri Jagannath temple, but people without limbs cannot?” This appeal moved eminent social activists, including Mrs. Mrinalini Padhi and Ms Sruti Mohapatra to initiate a campaign for the access of wheelchairs in the temple. The world famous 12th century shrine, which is off-limits to non-Hindus, prohibits entry of wheelchairs, shoes, belts and hats among a host of other leather-made objects and articles into the shrine precinct .as they believe that such equipment are impure.

Making a fervent appeal to all concerned to join the campaign y, the activists argued that major places of worship across the country and abroad allowed wheelchairs. There are special measures such as ramps to facilitate easy travel for the physically challenged, they said.
Both Ms Mohapatra and Mrs. Padhi as well as Mr. Rabi Tripathy are committed social workers who have worked in the disability sector for decades. The physically challenged devotees are facing a lot of problem at temple. "This is not only undignified but also painful for a person with disability to be carried by four persons into the temple, Some of them lose hope to visit the temple because of their physical deformity," Shruti Mohapatra, a social activist said.

"Wheelchairs are not made of leather. So there is no harm in taking wheelchairs into the temple," Mohapatra added.

Once sevayats of Jagannath Temple give a green signal, I don’t think the administration will have any problem in introducing it,” Mrunalini Padhy, another social activist said” This violates religious rights of people with disability, which is a fundamental right. They must be allowed to worship the way they want to," said advocate Mrinalini Padhi, a Cuttack-based social activist and lawyer, who has taken the lead in the campaign. This not only prevents the disabled from entering the temple but also patients and the aged.

They said that the media needs to campaign for social change for target beneficiaries. 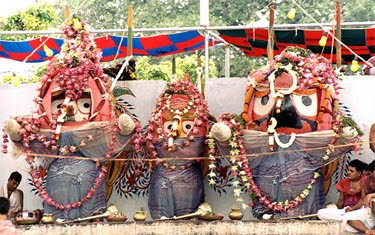 It is shocking that differently-abled persons should not have access to Lord Jagannath who himself is without hands and feet, they observed. Mrs Mohapatra narrated her experience: “A priest at the temple entrance scorned me and said that my disability was due to my past sins and that I should not add to my sins by entering the temple on a wheelchair.” This happened in Puri and also at Sakhigopal temple, she said.


She presented slides and prayers at various other temples across the country ~ Shiridi Sai, Sidhhi Vinayak, Mumbai, Badrinath and Kedarnath. There is no restriction in any of these places, she pointed out. , not a single temple in Orissa has this facility.

We could easily petition the court of law in this regard but we want a social movement and involve as many people as possible so that their mindset changes, said Mrs Padhi.

The issue regarding access is not limited to the disabled alone, it extends to the old and the ailing too, she added while addressing a press conference yesterday

. The activists said though they have written to the temple administration many times about it, there has been no response  Initiating an effort to change an age-old prohibition at Jagannath Temple, a number of differently-abled pilgrims, mostly with impaired legs, have urged the Jagannath Temple administration to make available wheelchair facility at the temple. Activists fighting for rights of the physically-challenged on demanded that wheelchairs be allowed inside the Jagannath temple