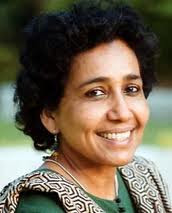 When it comes to women's issues and the law, the courts continue to send contradictory signals

T wo courts. Two judgments. Two attitudes. In the contrast lies the story of what Indian women continue to face when they turn to the law.

On October 21, the Supreme Court, in the context of a case before it, held that a woman in a “live-in relationship” could not claim maintenance in the event of abandonment by the man as such a relationship could not pass as a “relationship in the nature of marriage” as described under the law for arrangements outside formal marriage. The Court held that if the woman was a “keep” of the man, who looked after her financially but “uses mainly for sexual purpose and/or as a servant”, then such a woman was exempted from claiming any benefits of maintenance under the Protection of Women Against Domestic Violence Act 2005 on grounds of abandonment.

The ruling led to a justifiable outburst by India's first woman Additional Solicitor General Indira Jaisingh, who also happens to be one of the main movers of the Domestic Violence Act. Ms. Jaisingh ticked off the judges for using a term like “keep” which she held was derogatory to women and was “male chauvinistic”.

Ms. Jaisingh's statements in court made it to the front pages of most newspapers. But one wonders how many will pause and think about why she felt she had to raise her voice at the use of such a term in the judgment. It was, as she herself emphasised, because the ruling of the Supreme Court sets a tone and a precedent for future judgments that affect women. One of its judgments in what is called the Vishakha case is even today used as the standard for judging all matters relating to sexual harassment in the absence of a specific law. By using a term like “keep”, you disregard and virtually excuse the responsibility of the man in an arrangement in which two people are involved and where one, the woman, is most likely the more vulnerable. Once this becomes the precedent, any man can go to court and challenge the right of a woman with whom he has a relationship outside marriage, and who demands compensation when abandoned, by claiming that she was merely his “keep”. Therefore, Ms. Jaisingh's intervention needs to be appreciated, as also her courage for speaking out in the highest court of the land where some others might have felt intimidated.

Apart from the Vishakha judgment, the Supreme Court has also passed several orders that make it clear that in a rape case, the woman's character will not be part of the proceedings during the trial and that it is immaterial to the case. This is also an important precedent in the context of women's rights. Yet, as is evident from another judgment, in another court in Delhi, the practice continues.

Pronouncing judgment in a rape case on October 23, Additional Sessions Judge Kamini Lau drew attention to an outdated and barbaric practice that continues to be used in rape cases while collecting forensic evidence. Rather than help the survivor, this particular test, called the “finger test” or the Per Vagina (PV) test, traumatises the survivor and gives the defence in such cases a stick with which to intimidate and demoralise her in court.

When a woman reports rape, she has to go to the police who then send her to a government hospital for a medical examination. The report by the doctor who conducts this test is supposed to be part of the medico-legal evidence that the prosecution presents in a rape case. Yet, although such a test has long been discarded elsewhere, in India doctors are trained to test whether the rape survivor is “habituated to sexual intercourse” by inserting two fingers inside her vagina. Why is this of any relevance to a case where the facts of rape and sexual assault are being determined? Does this mean married women cannot be raped? Does it mean an unmarried woman who has had sex cannot be raped? What does this absurd test actually establish when the woman's character, or sexual habits, are of no consequence in the matter before the court?

It is heartening to read of at least one judge who was incensed enough to speak out against this test. Judge Lau said, “The test is violative of the fundamental right to privacy of the victim.” She went on to say, “State action cannot be a threat to the constitutional right of an individual. What has shocked my conscience is that this test is being carried out in a routine manner on victims of sexual offences (even minors) by doctors.”

The judge recommended that police officers be sensitised to this issue. But as much as police officers, doctors also need to be taught a survivor's rights and informed that such a test is simply not allowed. According to a recent report by Human Rights Watch titled, “Dignity on Trial: India's Need for Sound Standards for Conducting and Interpreting Forensic Examinations of Rape Survivors”, the “finger test” remains standard practice in many parts of India including Mumbai and Delhi. In fact, in Mumbai, three leading government hospitals, where hundreds of rape survivors are examined each year, still use this test.

The HRW report also reveals that outdated medical textbooks recommending this test are still being used. As a result, each succeeding generation of doctors continue to follow the practice without thinking twice about its relevance or the trauma they are causing the rape survivor.

Worse still, because the practice continues, many survivors lose their cases in court because they get demoralised, confused or intimidated when sections from the medical report relating to this test are used by the defence to undermine their testimony. Yet, the survivor's testimony is supposed to be enough in a rape case and the forensic evidence is only secondary. This is especially so because survivors often wait before they go to the police and as a result valuable evidence is lost. As a result, several court rulings have emphasised that delay in filing a complaint should not be held against the survivor.

Judge Kamini Lau has drawn attention to an extremely important aspect of the procedures followed in rape cases. Unless something like this is addressed urgently, convictions in rape cases, already abysmally low, will never improve. And women who are sexually assaulted will continue to hesitate before turning to the law.