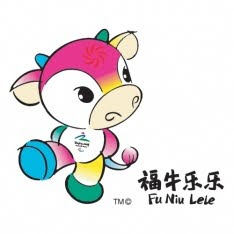 Oscar Pistorius was right all along, at least for now. He was right to appeal the ruling from the International Association of Athletics Federations that forbade him from competing alongside Olympians in Beijing for one simple reason: he is an Olympian.
Pistorius is the South-African-born, double below-the-knee amputee who has spent the last year campaigning for his right to compete as an Olympic athlete rather than as a Paralympian in Beijing later this year. The Beijing Games would be the first Olympics where such integration has taken place. His initial request to the IAAF was turned down, but last week his appeal to the Court of Arbitration for Sport was upheld.
The dispute over his entitlement centers on the particular properties of his Cheetah Flex-Foot, a device that has been in use by athletes since 1997. To date, Pistorius’s career has been extraordinary. In Athens 2004, he won Olympic Gold in the 100-meter and 200-meter events, and he is currently the Paralympian world-record-holder for 100, 200, and 400-meter events. Over the years, his times have slowly crept down, and they are now at a point where they rival those of able-bodied athletes. This has been noticed by the international athletic community.
In 2007, the IAAF introduced an amendment to its rules, requiring that any device used by an athlete must not provide an advantage over other athletes who do not have the device. This is one of the key sticking points in the legal entanglement that the IAAF and Pistorius have encountered. The Court of Arbitration found that this rule appeared to have been introduced with Pistorius in mind and so considered the appeal both on grounds of technical advantage and on discriminatory grounds. Nevertheless, the evidence focused on the biomechanical and physiological measures: Is Pistorius’s stride length longer? Does he have less of a build-up of lactate acid within his legs? Does his VO2 consumption differ?
The burden of proof rested with the IAAF to show that, on the balance of probability, such an advantage exists. To this end, the court concluded that there was no evidence to support the claim that the Flex-Foot provides an advantage over able-bodied athletes. In any case, the IAAF has intimated that Pistorius should remain focused on the Paralympics rather than the Olympics. Why?
The Paralympics is the product of a particular era of disability rights activism. Yet its separation from the Olympics is morally suspect, and the new era of bionic prosthetic devices will make an important contribution to revealing this dubious segregation. This is not to diminish the social significance of the Paralympics. It continues to make an important contribution to the visibility of disability rights that far extends the value of what happens on the competition field. However, in deciding Pistorius’ future and others like him who will follow – and they will follow – we must distinguish between the merit of the Paralympic movement and the logic of sports contests.
Despite the weak evidence, the objection to letting Pistorius compete in the Olympics is that he has a particular type of unfair advantage that is objectionable partly because it transforms the activity into something else. Pistorius’s prosthetic legs, according to this view, transform the activity of running in such a way that it does not make sense to compare his performance with that of people running on home-grown legs, so to speak. This view leads some critics to throw up their hands and declare that we must create a new category of bionic athletic competitions, to ensure we are not racing apples with oranges. The problem with this argument is that we already have this contest; it is called the Paralympic Games.
In any case, what if the legs are providing an advantage over other competitors? Does this make it unfair? Even within the category of able-bodied sport, there are vast differences of technological enablement at work and these are only likely to grow. To this end, maintaining fairness is increasingly a conviction of faith, rather than a condition that can be achieved within elite sports competition. Moreover, each individual athlete will become more strategic in finding their technology of choice in what has already become a contest of technology and biology.
In any case, as I intimated earlier, deciding whether Pistorius should compete as an Olympian or a Paralympian is not just a problem of apples and oranges. Rather, exposing the injustice of segregation should be our primary moral concern and its significance far exceeds that of ensuring fairness to able-bodied athletes. The question we should be asking is not whether Paralympians should compete at the Olympics, but why they are separate in the first place. There is nothing within the Olympic Charter that justifies the separation of these two sets of competitions.
The Olympic ideals of “excellence,” “fair play” and “celebrating humanity” apply in equal measure to both Paralympic and Olympic games. Moreover, a quick glance at the operational budget of the next few games shows that the Paralympics have not been enabled to capture the attention of international audiences in the way that is enjoyed by the Olympic Games. Allowing Paralympians to compete as Olympians would advance the cause of disabled athletes by at least fifty years. It would also reinforce the value of physical difference within a society that has steadily aspired to increasingly narrow ideals of physical and aesthetic ideals. 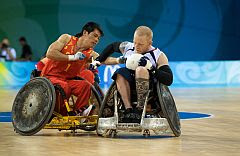 We cannot assume, however, that the emerging era of the bionic athlete will work out well for disabled people. While new technologies might provide modifications that will exceed the capabilities of so-called able-bodied athletes, subsequent innovations might be available to these athletes that can reconstitute the boundaries of comparison even further. Consider the prospect of stronger tendons, the use of laser eye surgery, and even elective surgical interventions designed to strengthen the body.
Even today, it’s not clear what’s best for Pistorius. For instance, if he makes it to the Olympic finals this year and comes last, will he – and should he – value this more than breaking the Paralympic world record and winning Paralympic golds? This is no easy trade-off.
Some years in the future, this issue will rear its head again when able-bodied athletes become synthetically enhanced to such a degree as to make them, once again, competitive against the hard prosthesis that Pistorius enjoys. We thought the ethics of doping was difficult? It’s all about to get much more complicated. However, there will be one crucial difference between how the world of sport treats this bionic future compared with that of performance-enhancing drugs. I doubt very much that we’ll hear the rhetoric of futuristic “freak shows” and so on when discussing how prosthetic devices change the capacities of people with disabilities. This common, though unreasonable assault on doped athletes has been advanced from various critics of doping practices, including Wildor Hollmann, president of the World Federation of Sports Physicians in 1984 and recently departed World Anti-Doping Agency President Dick Pound (2004).1 I wonder how they will characterize the athletes of this new era of bionic prostheses.
1. J. Hoberman, Testosterone Dreams: Rejuvenation, Aphrodisia, Doping (University of California Press, 2006), p. 192; R. Pound, “An Olympian Test of Our Morality,” Financial Times (London), August 9, 2004, p. 17.
Courtesy-
BIOETHICS FORUM
International Paralympic Commitee (IPC)