Legal Services helplines all over india 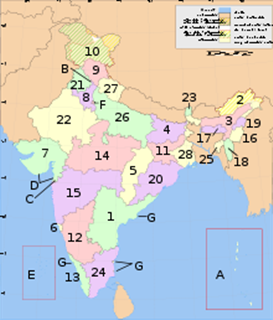 
• To provide free legal services to the eligible persons.

• To organize Lok Adalats for amicable settlement of disputes.

• Legal Aid Counsel Scheme to provide meaningful legal assistance to under trial prisoners, who feel handicapped in their defense on account of lack of resources or other disabilities and cannot engage a counsel to defend them.

• Counseling and Conciliation Scheme to encourage the settlement of disputes by way of negotiations and conciliation.

• Legal Literacy Scheme: To enlighten the Vulnerable groups to understand the law and their rights under the law and eventually to assert their rights as a means to take action, uplift their social status and bring in social change.

• Victims Assistance Program (VAP) has been prepared by the NALSA target the most disadvantaged, distraught vulnerable and victimized population.

• The NALSA organized a Judicial colloquium to create a forum for ongoing regional cooperation among Judges focusing on Human Rights and Access to Justice on 8 – 9 September 2007 at Chandigarh.

• It was an initiative to have an understanding of common social issues and problems for framing appropriate policies and implementation of Legal Aid Programs I the States of Punjab, Rajasthan, HP, Haryana, J & K, Uttarakhand and Delhi.

• A Legal Awareness Program was organized at Haldi Ghati, District Rajasmand, Rajasthan, under the aegis of NALSA by Rajasthan State Legal Services Authority on 22 September 2007

• NALSA organized a National conference on Access to Justice to Prisoners on 19 November 2007 at Teen Murti House, New Delhi

• On occasion of World AIDS Day on 1 December 2007, the Authority organized a Meeting on Access to Justice to HIV/ AIDS infected and families at Kirti Mandap, Gandhi Smriti, New Delhi.

• The Authority observed a Colloqium on Gender Violence and Protection of Women’s Right on 1 January 2008. It was organized to develop strategies for Women Empowerment.

• An All India Summit of NGOs on Protection of Environment and Access to Social Justice to Citizens affected by Environmental Hazards and Challengers was organized by NALSA from 31 January 2008 to 2 February 2008 at Bengaluru.
more